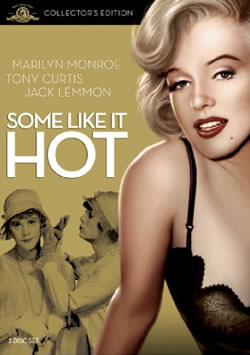 Yes more evidence, if any more evidence was needed, that women get what Sugar in the film Some Like it Hot calls “the fuzzy end of the lollipop”.

Rupert was reading a blog today on The Guardian website by a thirty-seven-year-old man who was complaining that he feels old. Yesterday was Rupert’s birthday, he was forty-six, so imagine how irritated he was by this. But he was cheered up by one comment.

“The only solution is younger and younger women,” read the comment. “Follow the French method for calculating her ideal age – half your own plus seven – this makes you just right for a 25 to 26 year-old. Feeling better?”

So where does that leave women? Hanging out with old gits is where it leaves us. According to this method only men over the age of 70 will give me a second look. Great. That’s something to look forward to.

It was Mother’s Day yesterday in England. Here in France it went largely unnoticed but I would like to share two thoughts on mothering with you.

One is a quote by a woman who said: “I was going to be the ideal mother but was too busy bringing up my children.” The other is from Ines de la Fressange, French supermodel and, since her husband’s sudden death a year ago, a single mother. “You may not be the perfect mother,” she told me. “But you are the best mother for your children.”

6 thoughts on The fuzzy end of the lollipop