Baby Bea (almost 11) has a boyfriend. Rather confusingly he is called Leo, but apparently has lovely curly black hair and is very cute. They have so far carried out a rather Middle-Eastern style relationship, in that it was arranged, and they never really meet.

When Bea broke the news to me that she was no longer single, I asked her how she had gone about acquiring a boyfriend. “Well, we heard he liked me, and then Olivia made him,” she told me. Olivia apparently “made” him by telling him Bea was about to be asked out by someone else. That girl is so smart it’s scary. On the day Steve Jobs died her one comment was “does that mean Apple goods will become cheaper?” 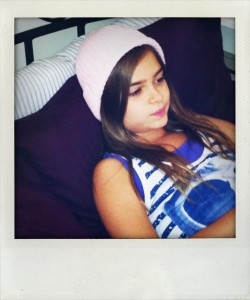 Bea is on a bit of a roll. Last week was the class photo. “Can we have the pretty girl in the middle please?” asked the photographer. Bea was thrilled, as was, I should think, Leo, even if he was bullied into the “relationship” by her older sister. Olivia is on to her second boyfriend, having been chucked the first one,  the son of one of Olivia’s favourite teachers at school. My friend who works at the school told me that said teacher apparently told her son that he had “blown it”.

“All other potential daughters-in-law will pale in comparison to Olivia,” she said to him. The poor boy is only 12, but his mother is confident he will never find anyone as good again. And secretly of course, so am I. Although I can’t help feeling that if she really wanted him back, she could have arranged it. Or maybe got her sister involved…..

One thought on Bea has a boyfriend